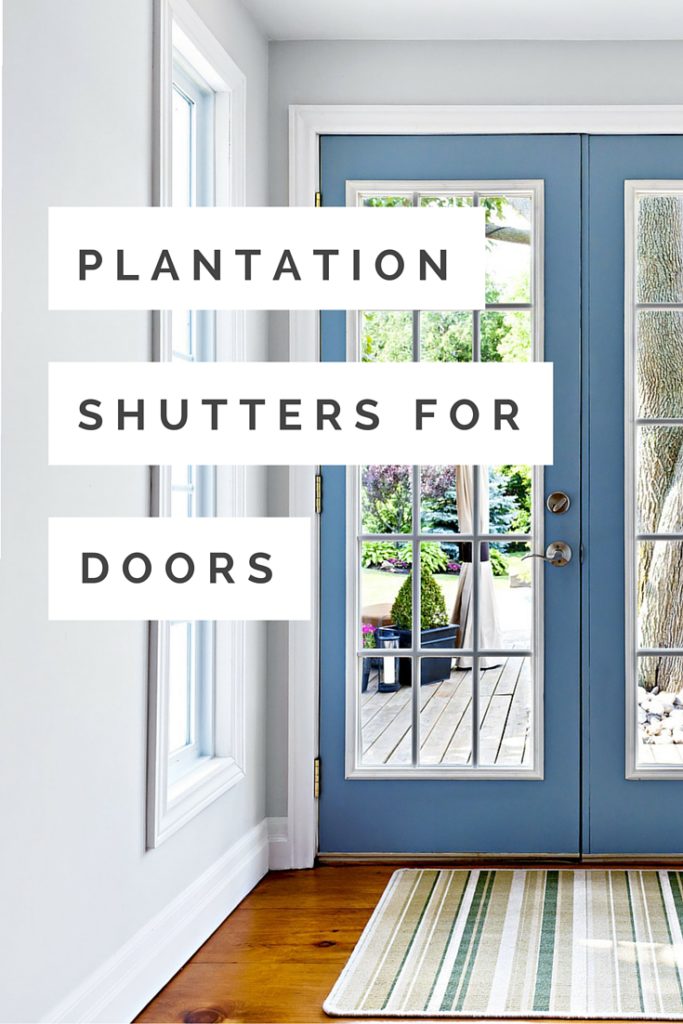 Plantation shutters can, of course, be fitted to just about any French style door that features a large glass window. Shutters for these doors are typically mounted directly over the glass. One major advantage to having a plantation shutter over this style of door is it eliminates the banging that blinds would have. In addition, plantation blinds will not get caught in the door the way that curtains would. When mounted, shutters can still be raised and lowered to let in varying amounts of sunlight. Plantation shutters can be mounted even on French style doors that feature uniquely shaped windows.

Yes—it’s possible to have custom plantation shutters made for your sliding doors as well. Plantation shutters are a wonderful option for sliding glass doors because they offer a sophisticated alternative to vertical blinds, which is what many homeowners seek. Shutters for sliding glass doors are typically mounted as bypass shutter units, where the shutter units can be moved back and forth along a track. Shutters might also be installed in a bifold arrangement, where the shutter units are attached by a hinge and travel along a single track; as the shutters are moved to expose the glass door, they extend into the room.

Does your front door feature tall, narrow windows on either side of it? Custom plantation shutters can be made for these uniquely shaped windows, as well. These shutters are installed on the windows that surround your door just like they would be installed on any other window. Once the shutters are installed, you can freely louver the shutter slats up and down to let in varying levels of sunlight. Plantation shutters are a great option for those who want a sophisticated window treatment that will bring some privacy to the front door area.

If you have any questions or would like a quote on getting custom shutters for your doors, talk to a specialist or fill out the form.